This is my post during the blog tour for The Jade Talisman by Alanna Mackenzie. In The Jade Talisman a band of rebels explores a wild, desolate island beyond the borders of an Empire controlled by artificial intelligence, in the hopes of finding animal spirits to join the battle against their oppressive rulers.

This blog tour is organized by Lola’s Blog Tours and the tour runs from 12 till 18 July. You can see the tour schedule here.

Blurb:
A talisman. A song. A gift that bends time, and alters the course of destiny itself.

It is the year 2762 in the Empire of Khalendar, and AI Masters rule the civilized world, striving to crush all dissent. But they have not yet managed to quell the Jade Rebellion or its leader, Walter Saltanetska. The rebels have sailed beyond the Empire’s borders to the infamous isle of Vei’arash. Their mission is to find animal spirits exiled long ago by the AI Masters, and return them to the mainland. With any luck, the spirits will strengthen the fading magical powers of their allies, the Western Mages, and join the battle against their oppressive rulers.

As the rebels plunge deeper into the jungle, physical laws are upended. The plants and animals of the rainforest are inextricably linked to divine beings. An ancient shaman-god entrusts Walter with the Jade Talisman, an enchanted gemstone that warps the basic rules of time and space.

The Talisman allows Walter to gaze into a mesmerizing labyrinth of future possibilities. But the visions it offers up are troublingly dark, giving Walter insight into the potential fates of himself and his loved ones. This gift proves to be a crushing burden, and Walter desperately longs for an ordinary life. But there is no going back…

The gripping sequel to The Jade Rebellion, The Jade Talisman explores whether nature and spirituality are capable of persevering in a world dominated by the cold logic of artificial intelligence.


First book in the series discounted!

“A reckoning. A rebellion. The worlds of artificial intelligence and ancient magic collide.”

The Jade Rebellion by Alanna Mackenzie is the first book in The Jade Chronicles series. It’s currently discounted. You can get the paperback for only $7.99 and the ebook for only $2.99!

About the Author:
Alanna Mackenzie lives in Vancouver, Canada. She holds degrees in History, French studies, and Law from the University of British Columbia. An environmentalist at heart, she believes in using the law as a tool for social and environmental change. When she is not pursuing that passion, she can be found brainstorming the next chapter in her novels, playing Irish fiddle tunes on the violin, and hiking West Coast trails.

There is a tour wide giveaway for the blog tour of
The Jade Talisman.
Prizes are US and Canada only.
These are the prizes you can win:

For a chance to win, click the link to enter the rafflecopter
http://www.rafflecopter.com/rafl/display/1000e4f1374/ 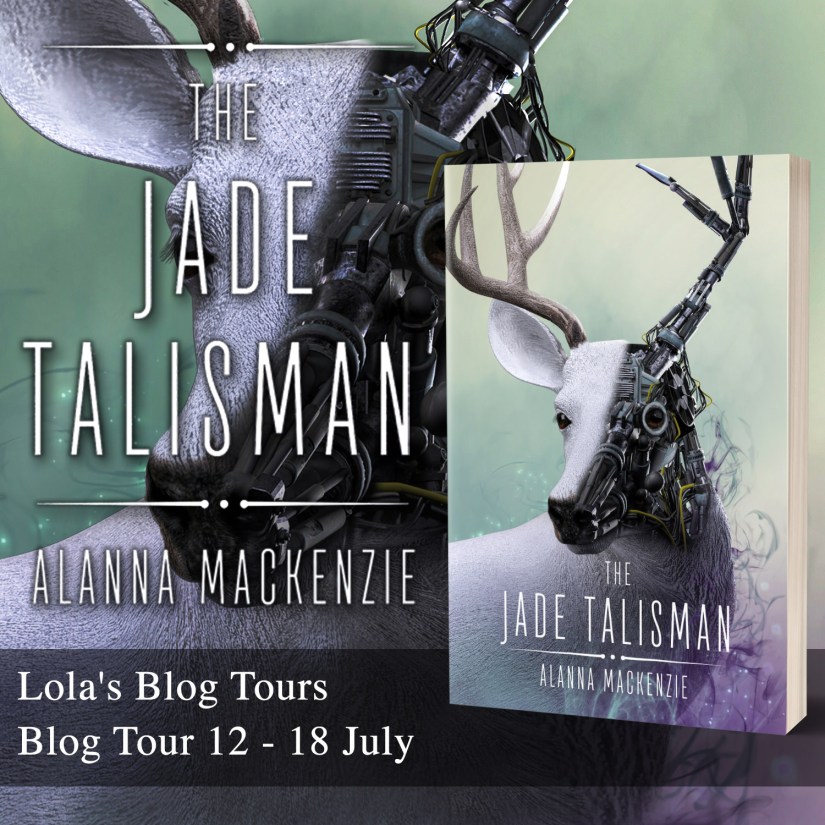