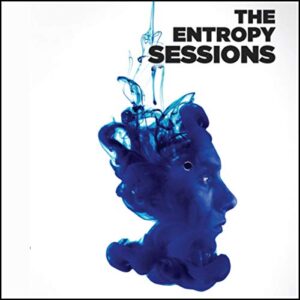 Tybalt Nielson is lost – lost in his own mind. But how did he end up here? In this cold white room? God, he hates this room. He’s a prisoner now. A prisoner to court-ordered psychiatric care under the supervision of Dr. Christopher Cohen, a man who constantly questions. His only escape from this world is by trying to start a normal life again at home with his wife Juliet. She, however, isn’t one to talk much anymore. Thankfully, he still has Charlie, his very own artificial intelligence and perhaps his only remaining friend, one of the few things in Tybalt’s life that still brings him any joy. But how did it come to this? It was all because of that one moment. The moment that changed his life forever. It haunts him every day now, tortures him, a darkness in his very soul. Luckily, he’s finally ready for change. He’s ready to find closure to it all – freedom – but to do so, Tybalt must face a lot of truths and the one thing he’s denied for far too long: the reality of his past. He just has to talk about it first. 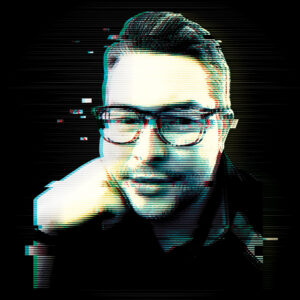 Novo Dé is an ambivert of sorts. There are sometimes that he wants to be among people, but most of the time, he finds peace in being alone. It’s the only place where he can truly create. He dabbles in a variety of works, but only shows the world when he feels them worthy. If something isn’t ready, it’s locked away in his vault never to see the light of day. Public anonymity is an important attribute to his being and craft, first and foremost to push his work into the spotlight, as he believes his art, and the ideas behind the art, is everything, while the man behind it all…is nothing.

Psychological driven-narratives and/or Psychological thrillers as they’re often called have a long pedigree of outstanding works. But, hands-down, Chuck Palahnuik’s “Fight Club” is a tour de force! Both the original novel and the screenplay for the film should be studied far and wide, and from young and old. In fact, I think it should be required reading in high school alongside “To kill a Mocking Bird” and “In Cold Blood.” It just perfectly encapsulates a smart, tightly written narrative, with biting social-commentary, and a twist that will leave an impression for years to come. The piece has staying power as well. When a piece changes your life, or makes you think of the world differently, or simply makes you think on the piece itself, over and over again, endlessly—that’s when you have something! And “Fight Club” does that very thing. Now, let’s dive into the nitty gritty. When people think of a perfectly constructed sentence or paragraph, they often think of Hemingway or Capote, but I would argue that of the last 30 years, none is better than the following from the screenplay of “Fight Club:” “Home was a condo on the fifteenth floor of a filing cabinet for widows and young professionals. The walls were solid concrete. A foot of concrete is important when your next-door neighbor lets her hearing aid go and has to watch game shows at full volume. Or, when a volcanic blast of debris that used to be your furniture and personal effects blows out your floor-to-ceiling windows and sails flaming into the night.” It’s that last sentence that’s truly perfect! The first three, merely primers, something to set it all up before that last sentence comes in and knocks it all down. Pure perfection indeed. A beta-reader once told me that “The Entropy Sessions” reminded them of “Fight Club,” and though I believe “Fight Club” to be a far superior work of fiction, even to have it mentioned in the same sentence, to have even a fraction of a similarity, is an incredible compliment. Hubert Selby Jr.’s “Requiem for a Dream” is another great source of inspiration – the other side to this coin if you will – whereas “The Entropy Sessions” is sometimes billed as ‘an ascent into madness,’ “Requiem” is very much a descent. But it’s a descent that is not only a strong narrative, but a series of life lessons, and that addiction has many faces, much like my story. Other honorable mentions include Bret Easton Ellis’ “American Psycho,” Gillian Flynn’s “Gone Girl,” and Darren Aronofsky’s “Black Swan” (written by Mark Heyman, John McLaughlin, and Andres Heinz, based on a story by Andres Heinz) – all incredible sources of inspiration and strong works in the genre.

I received this audiobook as part of my participation in a blog tour with Audiobookworm Promotions. The tour is being sponsored by Novo Dé. The gifting of this audiobook did not affect my opinion of it.

When humanity gives in, flips the switch and content being big brother. It’s been told before, the warnings are there. What feels a lot like paranoia, suddenly becomes surrender. Creepy.

I highly recommend The Entropy Sessions to those that enjoy listening to Audibles and that enjoy thought provoking reads.

I really liked listening. The Entropy Sessions by Novo Dé has an eerie but easy story to get lost in. As far fetched as fiction might be, this is too close to reality, or what is feared that reality might become.

The Entropy Sessions is one of those stories where nothing in a review can prepare the listener or reader, unless spoilers are used. Unique. Stunning. Crazy Good.

The setting for this story takes place in the future approximately 2051 and 2052. Humanity has surrendered to a more digital world. The common resolve for every single person is a NCL. To do it is to conform to what the world has become. Tybalt, the main character struggles with giving up his self to this surgery.

A lot of The Entropy Sessions is Tybalt sitting in the chair with his therapist. He talks about every aspect of his life. He takes us on his journey of where he has been, how his life has changed, the things he has done and how his wife “is one of them”. It is a look into an addict and what creates the need to be numb. Tybalt shows his fears and how being the only one not ready to succumb to the norm, leaves him feeling quite alone and he begins to question everything.

In the background, humanity is finally done with itself. The individual thought seems to cause too much disruption in society. If each person recoils into their own digital world, the roar of dispute is over. Everything becomes calm. Subdued. Easy. Then what is normal brain activity? What is insanity? When is it digital exhaust or big data? The only real answer is, nothing is as it seems.

The audible book Entropy Sessions by Novo Dé is very nicely done. There are no unwanted sounds or background noise to interrupt the listening of this story. A very enjoyable listen! At one point, Tybalt or I should say the Narrator Philip Church speaks in binary code for a very intensely long time. That might be considered annoying to some. It is! It is also there to prove a valid point, I think. It’s funny though, I could have fast-forward. Instead, I let it play. It didn’t bother me that much.

Philip Church is the sole Narrator. His voice is soothing and perfect for the contents of this title. As a listener, different voices work with different titles and this was an awesome fit. The steady, soft, controlled tone but creative, changed with emotions, keeping true to the story being told.

The Entropy Sessions feels familiar in many ways. As I listened to this story on my electronic book reader and phone, typing on my computer and posting digital photographs to Instagram while checking my other social accounts and email, I could not help but feel immersed in The Entropy Sessions wishing I could escape all this technology. Then again, a lot like Tybalt, I am already there.

1 thought on “Book Review: The Entropy Sessions by Novo Dé”