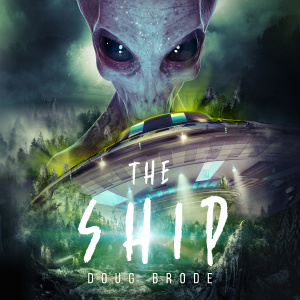 A young waitress, Casey Stevens, awakens within a crashed alien vessel, thirty-five years after she was abducted. Navigating inverted tunnels, she’s plagued by ghostly apparitions from her past and stalked by a ravenous, mutated experiment gone horribly wrong. When Casey discovers her own body is changing—becoming blotched with grey, scaly patches—she fears she may face the same fate as the once-human creature that now hunts her. Taking inspiration from 1990’s science fiction tropes, such as alien abduction, UFO coverups, and mutant hybrids, author Doug Brode offers a new twist on familiar themes and plays against the reader’s expectations at every turn. 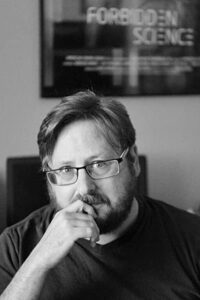 Doug Brode is the creator of HBO/Cinemax’s sexy sci-fi series Forbidden Science, currently airing on Amazon Prime. He has also been a storyboard/conceptual artist on such popular films as Star Trek, Iron Man, Thor, Looper, Van Helsing, Planet of the Apes, MIB: International, among many others. He lives in California with his wife, Pamela, and their two little monsters, Leia and Hayden.

Lover of mathematics, devourer of science fiction, and connoisseur of the dad joke. When he’s not doing math for business or fun, he’s devouring science fiction and fantasy, reading up on scientific advancements, going for a jog, or, on all too rare occasions, taking a refreshing swim at the beach. At your service, you shall have an able storyteller and gifted conveyor of information. Experienced in narrating fiction, from the romantic to the post-apocalyptic, and nonfiction, from the historical to the corporate, and armed with the tools to make it all sound great, Zachary promises that, no matter the job, you’ll be read-iculously pleased!

At Audiobook Empire, audio reigns supreme, narrators are hailed as heroes, and headphones are worn with pride. Marrying pomp and circumstance with quality you can count on, Audiobook Empire is a full-service production house that produces and promotes audiobooks with gusto. Give your audiobook the imperial treatment by producing it with Audiobook Empire.