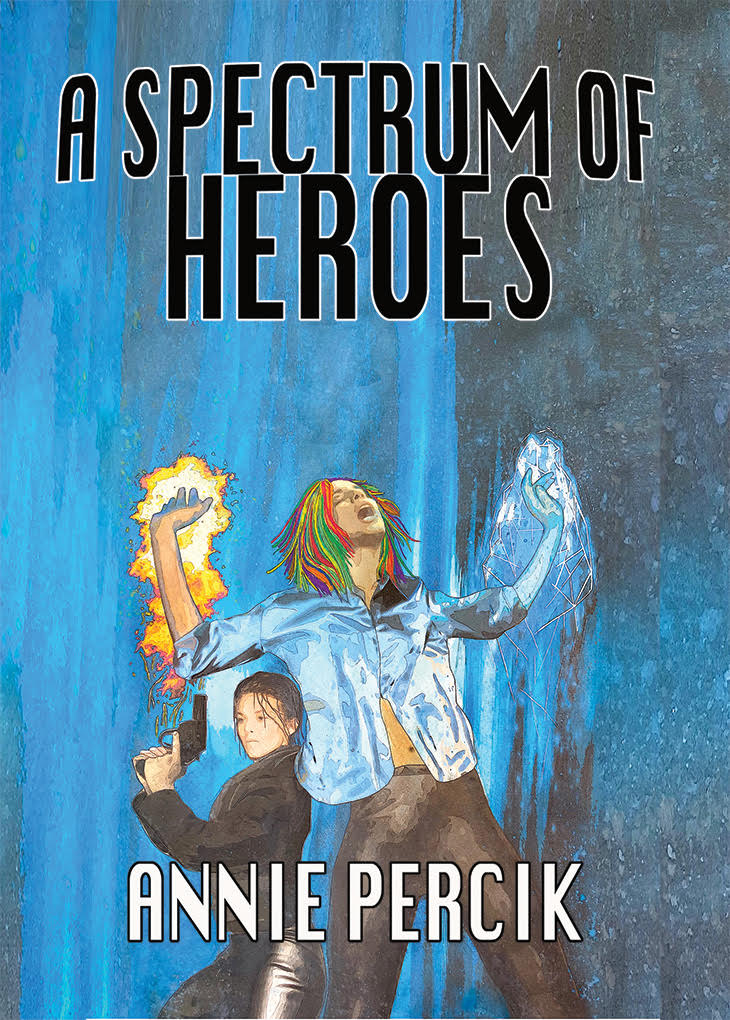 Biochemist Anushka Mahto flees the lab where she works, stealing the mysterious substance she has been experimenting on. She accidentally contaminates herself while disposing of it, in an attempt to protect the world at large from its potentially harmful effects. On the run from her unethical boss, Anushka must learn to control her multiple new powers while being hunted by lab security chief and former lover, Charlotte. She calls on her sister for help, but Jhanvi is reluctant to open old wounds by allowing Anushka back into her life. When an alien named Ergo comes onto the scene, Anushka suddenly finds the fate of humanity resting in her hands. Can she navigate the complex problems in her personal relationships and also prevent an interstellar war?

It was Charlotte Grant, the head of security at the lab, who first realised something was wrong. She had been due to meet Anushka for breakfast in the lab canteen, as they did most days, but Anushka didn’t show. This wasn’t entirely unprecedented, as Anushka often came in early and got so engrossed in her work that she lost track of time. That was something Charlotte, with her military sense of punctuality, had been forced to get used to when spending time with a research scientist. Charlotte waited another five minutes, then headed to Anushka’s office with a rueful smile.

She stepped up to the glass of the outer lab area and tapped on it, startling the nearest anonymous assistant. He – at least Charlotte thought it was a he, though it was difficult to tell under his surgical cap and mask – raised his eyebrows in a question.

Charlotte called through the glass. “Can you go get Dr Mahto, please?”
He shrugged and shook his head. When he spoke, his words were muffled by his mask. “She’s not here.”

That was odd. At this time of day, Anushka would invariably be in her office or the lab proper, if she wasn’t having breakfast. Charlotte waved the assistant back to his work and made her way to the central security hub, the heart of her domain at the lab. Several of her team were at their stations, monitoring multiple screens that covered nearly every part of the building. Charlotte walked up behind Perkins, whose screens showed the car park and main entrance. She noticed that his hair was getting shaggy, tufting out over his ears. She made a mental note to have a word with him about professional presentation later. Not that it ever did much good. Perkins was very good at his job, but regulations weren’t his strong point, nor did he seem to take any pride in his appearance. Charlotte shook her head; she had a different errant employee to tackle at the moment.

“Check the logs for when Dr Anushka Mahto last swiped in.” Perkins tapped in some commands. “2am.”
Unusual, but not unheard of. The scientists at the lab were known to keep odd hours. “And has she swiped out since?”
More tapping. “She left at 3am, and hasn’t come back.”
Now that was really strange.
“Show me the feeds for both her arrival and her departure.”

As she waited for Perkins to input the information, Charlotte started running her right palm over the stumps of the last two fingers on her left hand, then stopped herself when she realised what she was doing. She clenched both hands into fists, feeling her fingernails digging into the skin of her palms, then dropped them to her sides. When the recordings came up, Charlotte’s breath caught in her throat. Anushka had arrived carrying nothing and had left an hour later with a large, heavy-duty plastic bag. On the screen, she stooped awkwardly to one side, struggling to heft the bag, which she clutched with one hand grasping it by the top. What on earth was she playing at, and where was she now?

Charlotte swore, eliciting a surprised glance from Perkins.
“What’s going on, boss? What’s Dr Mahto doing taking stuff out of the lab in the middle of the night?”
Charlotte glared at him and he blanched, turning back to his keyboard to avoid her anger.
“Alert Mr Yardley’s office that I’m on my way up. I think we have a breach.” 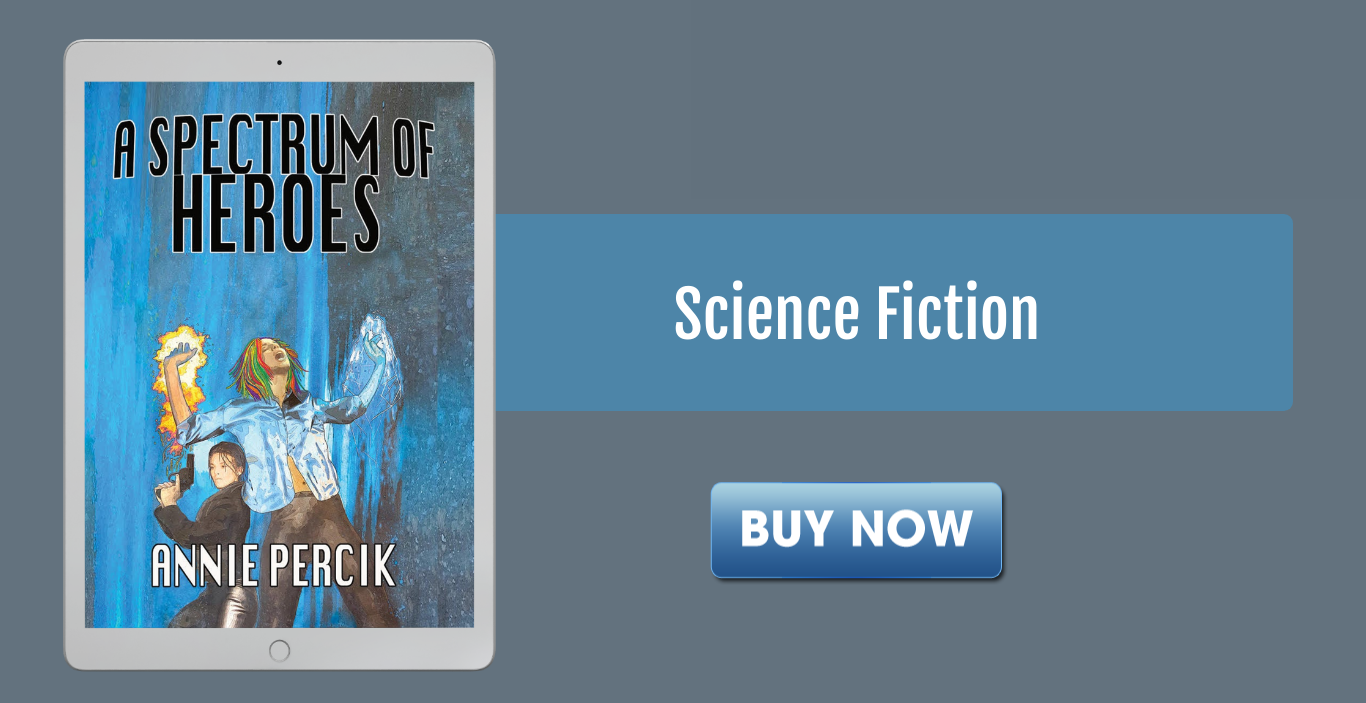 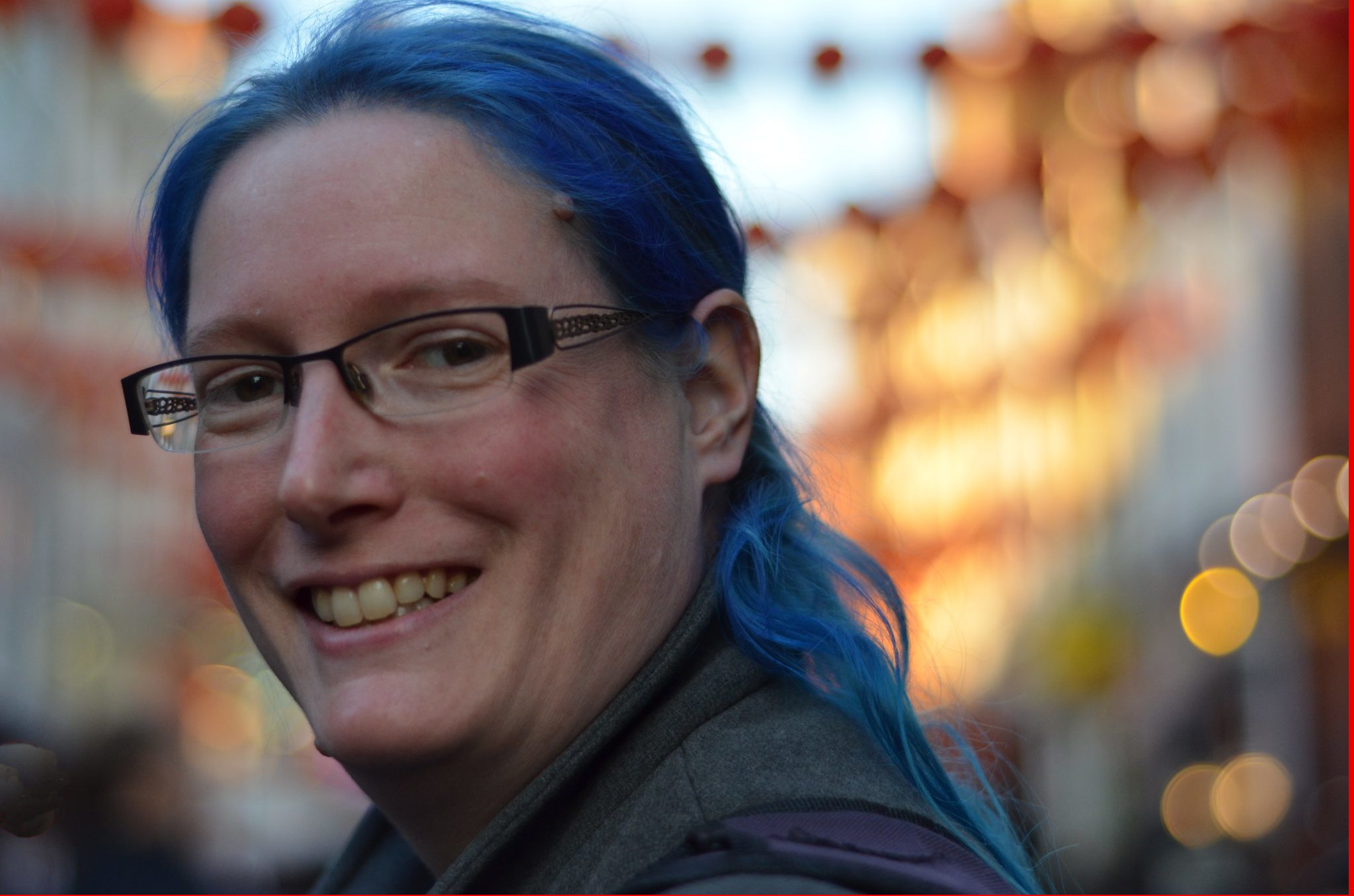 Annie Percik lives in London, where she writes novels and short stories, whilst working as a freelance editor and proofreader (https://alobear.co.uk/?page_id=778). She writes a blog about writing on her website (https://alobear.co.uk/), which is where all her current publications are listed, including her debut fantasy novel, The Defiant Spark (http://getbook.at/DefiantSpark) and her sci-fi second novel, A Spectrum of Heroes (https://amzn.to/3xnJ9eb). She also makes a media review podcast with her husband, Dave (https://stillloveit.libsyn.com/), and publishes a photo-story blog, recording the adventures of her teddy bear (https://aloysius-bear.dreamwidth.org/). He is much more popular online than she is.