I AM NOT BRAD PITT is the first of three riotously absurd tales in Ross Dreiblatt’s debut short-story collection sending up America’s sometimes-fatal celebrity obsessions.. 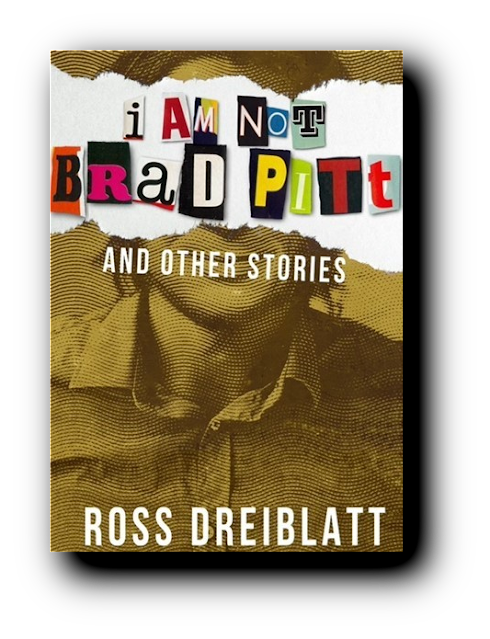 I Am Not Brad Pitt and Other Stories, Literary Fiction/Humor/Satire, Stone Tiger Books, 391 pp. 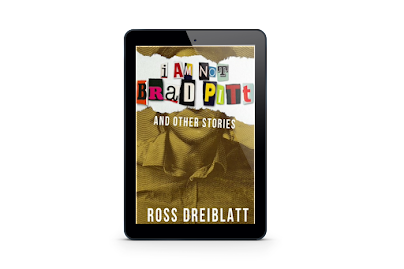 I AM NOT BRAD PITT is the first of three riotously absurd tales in Ross Dreiblatt’s debut short-story collection sending up America’s sometimes-fatal celebrity obsessions.

“I Am Not Brad Pitt” opens in a prison cell in which Mr. Pitt’s clone-like doppelganger, Tobey Crawford, remorsefully recounts the sequence of unlikely events that resulted in his wrongful conviction for murder.

The second story, “Please Allow Me To Introduce Myself,” considers the possibility that Keith Richards (along with, for good measure, Dolly Parton) is, indeed, a vampire. Nobel-Prize laureate Bob Dylan, the story’s vampire-killer, is equipped with more than just a harmonica and tambourine.

The final work in the collection, “Keeping Compliant With The Kardashians,” examines whether Kardashian family members are, in fact, aliens from another galaxy and what precisely is their interest on Earth.

Each of the stories are told with engaging humor, and each pokes fun more at American culture than they do, generally, of the celebrities themselves.

“Ross’s stories stay with you long after you’ve read them. The main characters have a relatable humanity that pull the reader in as they face an array of absurd situations. Every story is a guaranteed good time.” – Pat Griffith, author of THE DPA TRILOGY

You can also purchase book at the author’s website at www.RossDreiblatt.com. 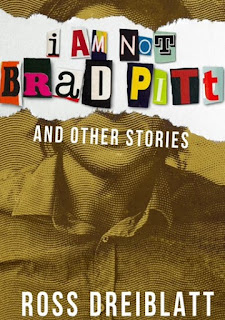 Even though I was not actually guilty, I know many of you think that I got what I deserved. You probably think people like me get by on their looks and coast through life without breaking a sweat. Well, in my case, coast through someone else’s life. I know for a fact, from the “fan mail” I get here, that there are lots of you out there who think I’m just a crazy man spinning a conspiracy theory. I’m used to that kind of judgment; it doesn’t bother me. I don’t need to defend myself from that. I will tell you all right now, I am not,nor have I ever been, a religious man, but I will confess my sins today. I am guilty of many, many sins.

But none of those sins is murder. That one belongs to my lookalike buddy, Brad Pitt.

To set the record straight, it took me a while to see my resemblance to Brad. I mean, I never thought I was that good-looking. I was a geeky kid—glasses, acne, bad haircuts, debate club, math nerd. And the fatal blow? I was a big kid. About eighty pounds overweight, just five pounds shy of being officially obese. I was ground zero for awkward. Deathblows for any teenager trying to make friends and learn social skills, so I retreated inward. Friends? I had a few loyal friends who were fellow dorks, but mostly TV and movies were my friends. I was also fascinated by data, by numbers.

I’m not telling you all this to get sympathy. Yes, I was a sad case growing up, but this is who I am. I am not a monster; I evolved into Brad. There was no plastic surgery involved, either. This is all me. 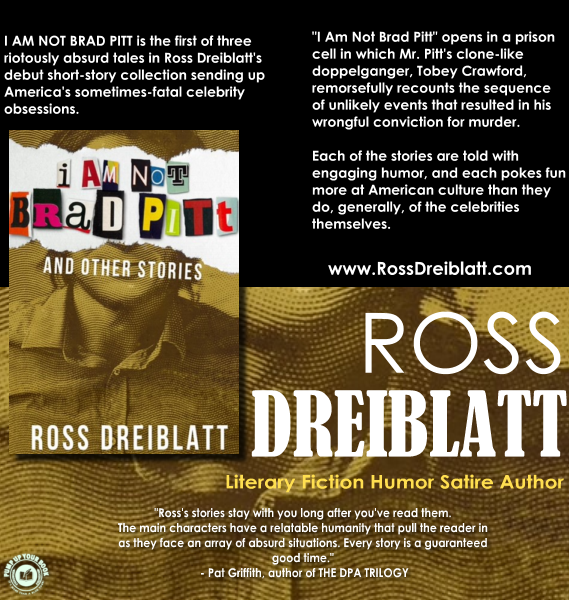 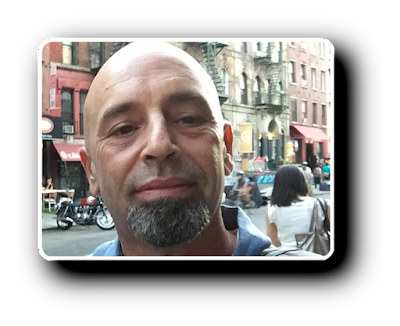 Ross Dreiblatt is an author who was born and grew up in New York. His father was a truck driver and his mom was a retail manager. He attended Hofstra University and moved to Los Angeles where he attended Cal State Northridge. While in Los Angeles, he studied under John Rechy’s master writing workshop at UCLA.

He has worked in the corporate offices of major retailers in Los Angeles, San Francisco, New York City, and Florida toiling on spreadsheets by day, and the imaginary lives of celebrity monsters by night.

He loves to travel and will get on a plane going anywhere, as long as it eventually lands safely. Despite the dour photo, he is kind of a happy guy.

He currently lives in South Florida.

His latest book is the literary fiction / humor / satire novel, I AM NOT BRAD PITT AND OTHER STORIES. 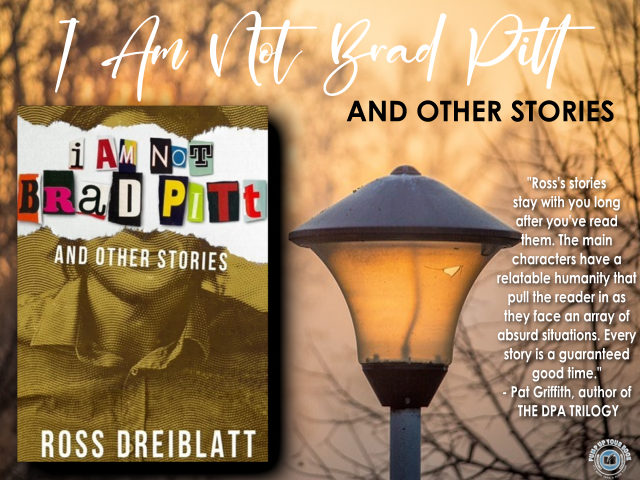 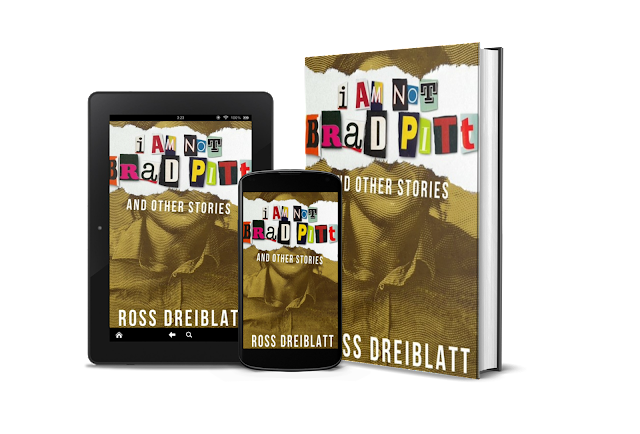